Tulip's ScaffGuard® scaffold containment system has been installed on the iconic Palais Theatre in the Melbourne bayside suburb of St Kilda. The restoration of the Palais began in 2014, with the scaffold originally wrapped in shade cloth, which was replaced several times due to tearing and becoming unsightly.

Major Projects Victoria (MPV) took control of the 22.5 million dollar project in 2015. Due to the prominent location of the Palais and the duration of the restoration, MPV began investigating a more durable and aesthetically pleasing containment screening. ScaffGuard® was selected for the project and custom moulded in an off white colour to match the original building. Approximately one thousand ScaffGuard® panels were installed in late December 2015 and are expected to be in place until around mid 2017. The scaffolders contracted to install the panels, who had not previously used ScaffGuard, commented on how quick and easy they were to install.

St Kilda has experienced some severe weather events since the installation, including one storm that produced winds in excess of 100km/h - which even caused the Spirit of Tasmania to break its mooring lines in neighbouring Port Melbourne! As expected, ScaffGuard® remained securely in place on the scaffold during these storms. 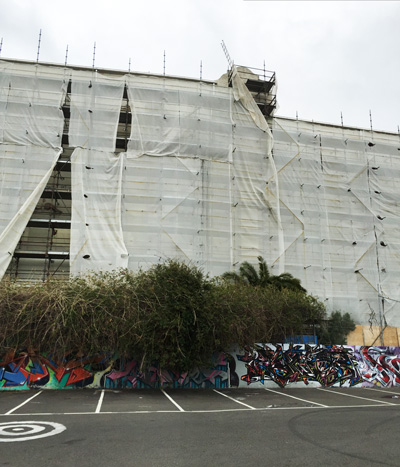 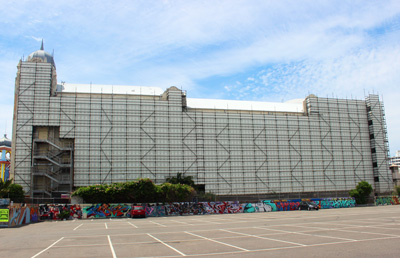 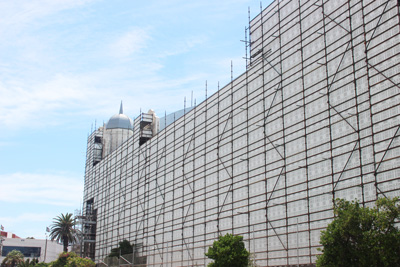 Tulip featured in Business In Focus

"Known for all of that time for its high-quality moulded rubber hydraulic seals and its range of packings for rotary and reciprocating hydraulic equipment, Tulip has been a favourite supplier to the hydro-electric schemes throughout the country, which rely on the company’s products for critical seals – in many cases, it is the only company in Australia trusted to make such vital components. There is an element here of technical expertise; in a lot of instances no other company would have the necessary experience to come up with what the customer needs." 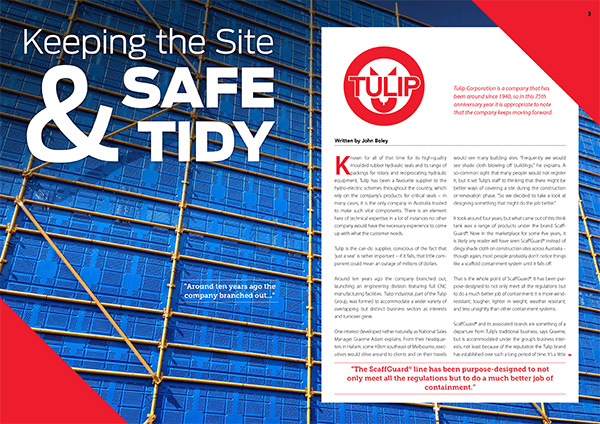